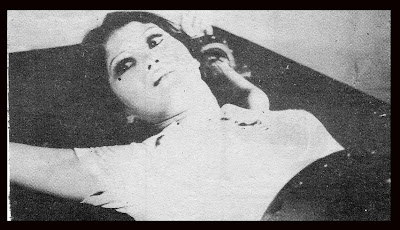 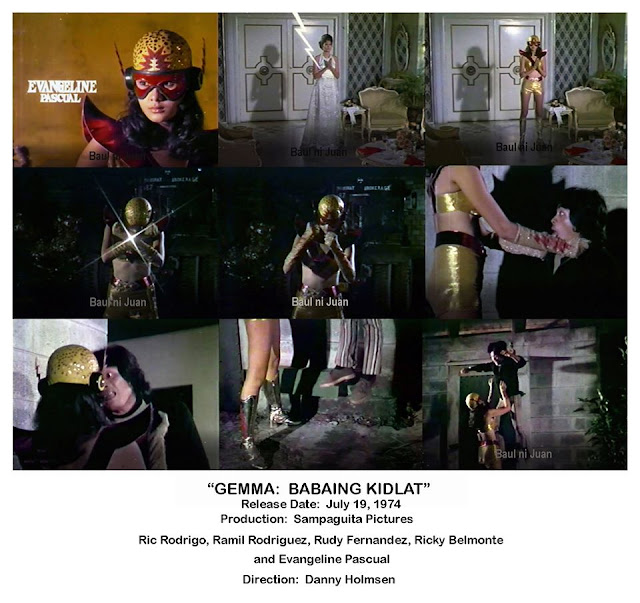 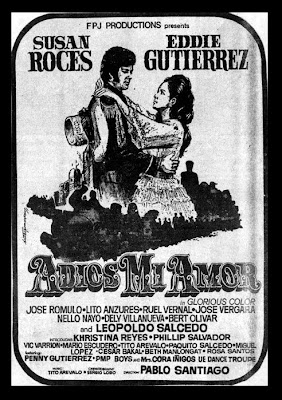 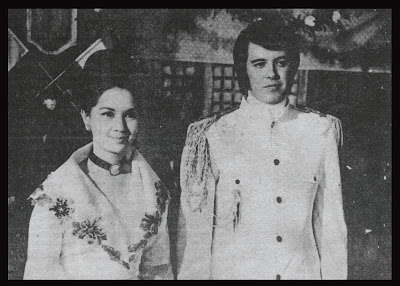 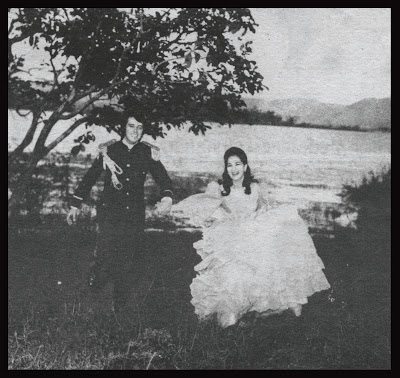 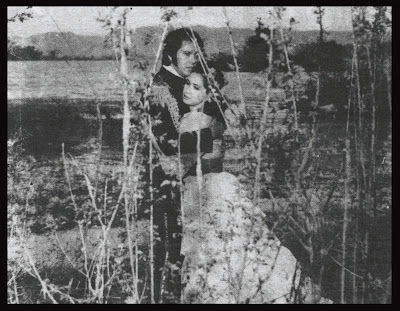 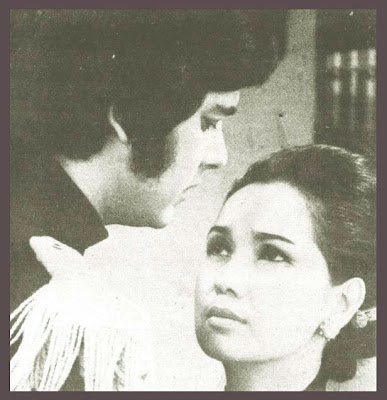 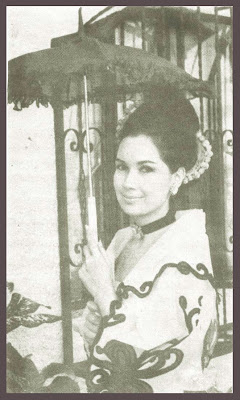 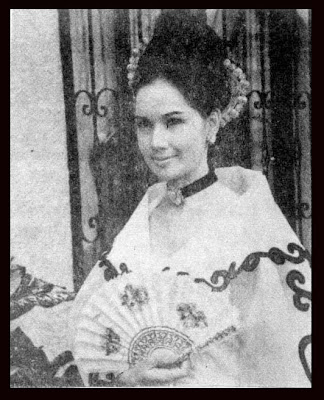 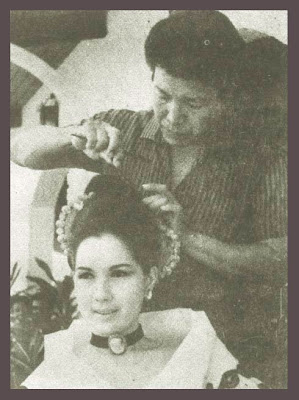 I was searching the You Tube when I chanced upon this interesting Filipino Group singers who made a name and hits songs in the USA in the 1960s. I've learned that they are the Maligmat family and the boy's name (on lead vocals) is Eddie while the little boy (humming la-la-la-la-la!) is Albert.
* * * * *
Very rare performance by the talented Rocky Fellers (from the Philippines) on The Dinah Shore Chevy Show in 1960. This rare video clip was uploaded on You Tube by Mike 1964. (thanks to Mike 1964 for sharing!).

Another rare video clip of The Rocky Fellers' performance on Jack Benny Show, November 27, 1962, uploaded on You Tube by marshalrd. (Thanks marshalrd for sharing!).

"Killer Joe", hit song of the 60s by The Rocky Fellers, uploaded on You Tube by jameycruz (thanks jameycruz for sharing!)

"Better Let Her Go", another hit song of the 60s by The Rocky Fellers, uploaded on You Tube by Mangomn2003 (thanks Mangomn2003 for sharing!)


(I grew up with Pilipino komiks and the most novels and komiks characters I remember were all Mars Ravelo's creations. I remember we had then piles of Pilipino Komiks, Espesyal Komiks, Hiwaga Komiks, Tagalog Klasiks, Darna Komiks, Lagim Komiks, Diamante Komiks, most of them were bought and collected by my lolo who was also fond of reading komiks. I still recall having collected myself Darna Komiks from the first issue up to may be 50th issue, which I compiled and bookbinded (2 volumes, if I am not mistaken), but all of them were either lost when we transferred residence or eaten by termites. I still remember Mars Ravelo's "Booma", "Devlin", "Elepanta", "Rosa Rossini", "Tiny Tony". Now, what we have are only memories of those wonderful years of our youth when, once upon a time, komiks was the most popular form of Pinoy entertainment. - JDR) 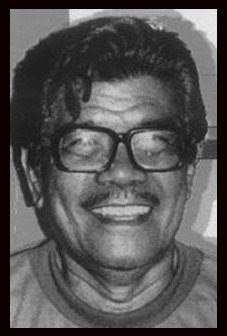 Mars Ravelo (October 9, 1916–1988), one of the most successful Filipino komiks novelists, is arguably the greatest Filipino komiks writer of all time. During his reign as "the King of Komiks" from the 1950s and to the 1970s, Mars was undisputed as the most loved komiks writer in the Philippines. His real name was Marcial Ravelo, and he was born in Tanza, Cavite.

Mars started out drifting from one menial job to another, having been unable to finish schooling due to financial reasons. Yet even at a young age, he was determined to excel in whatever job he landed. When he became a janitor, Mars said that he was "the number one janitor." He was also to say many years later that he became "number one" in the komiks field because "I hated to be number two."

Mars indeed had an innate talent for writing and drawing. At the age of 23, he landed a job as a cartoonist for the Mabuhay Extra, a Tagalog weekly newsmagazine. The job did not last though as war broke out in 1941.

During the war, Mars struggled to survive by again doing menial jobs in Manila. He returned to being a janitor.

After the war, he tried his luck in writing and drawing cartoons, coming out with "Ipe" comic strip in 1947, which was serialized in Pilipino Komiks.

He also tried to do some serious stories but was rejected by then Ace Publications' editor Clodualdo del Mundo, who said that these stories were not yet good enough. He was later recruited by Dona Bating Guballa, owner-publisher of Bulaklak Publications, to draw cartoons for Bulaklak Magazine. "For this magazine, Mars created some of his early cartoons, including "Rita Kasinghot” and "Varga," the forerunner of Darna. He became a hot property of Bulaklak, and his cartoons became very popular. The once meager print runs of Bulaklak became enormous.

Mars, however, was still lured by the komiks-magazine, something that Bulaklak did not have yet (Bulaklak issued its first komiks only in the early 1950s), and so he went back to Ace Publications, where his career really took off.

The King of Komiks

During his stay at Ace Publications, Mars proved that he was the best komiks writer in the Philippines. All his serials were loved by komiks readers, such as "Buhay Pilipino" in Liwayway, and serial novels like Darna, Bondying, Roberta, Jack and Jill, and later, Captain Barbell, Maruja, Lastikman, Goomboo Roomboo, and hundreds of others.

No other writer in Philippine komiks ever came close to his success in writing and churning out interesting tales that Filipinos loved to read. It was during this time that he earned the unofficial title "the King of Komiks" because indeed he was, even though at the time Francisco V. Coching and Clodualdo del Mundo were still active in komiks.

In later years, Mars formed his own komiks publishing company, RAR Publications. He eventually retired from the komiks industry due to illness.

In 1984, he received a Life Achievement Award from the Komiks Operation Brotherhood KOMOPEB in recognition of his immense contribution to the komiks industry. His co-awardees were Tony Velasquez, Francisco V. Coching, Jose Zabala-Santos, Larry Alcala, Francisco Reyes, and J.M. Perez.

In the mid-1980s, Mars returned to the komiks scene with a remake of his successful Goomboo Roomboo.

In 1987 he suffered a stroke, and he died a year later. He was buried in his native town of Tanza, Cavite. His legacy was more than 500 works of popular komiks novels, a true monument of his immense achievement. 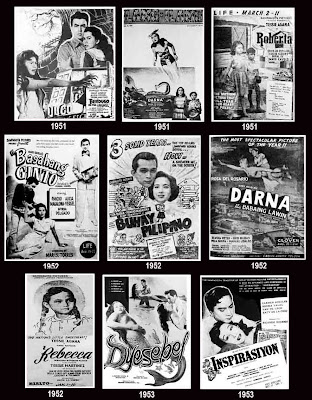 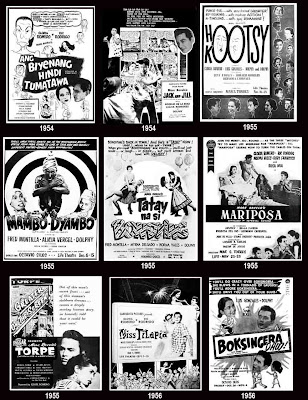 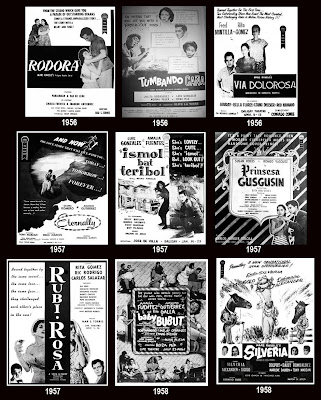 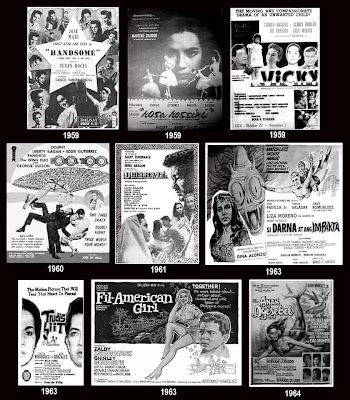 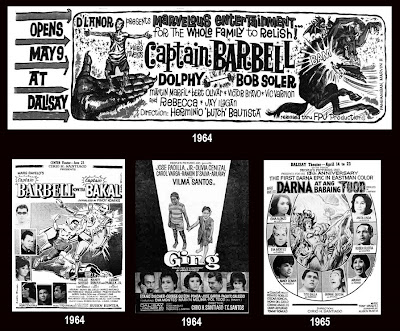 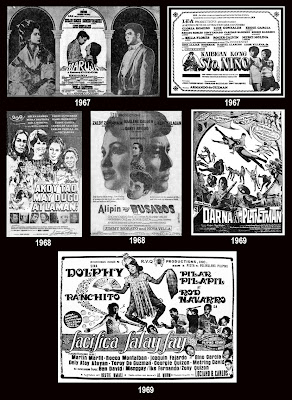 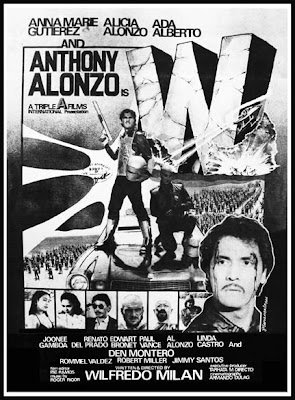 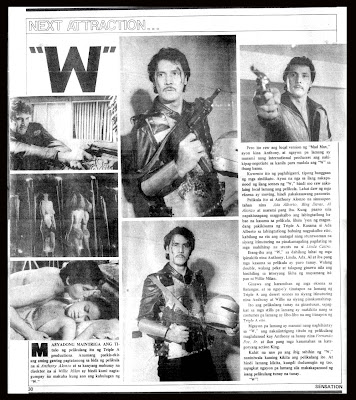 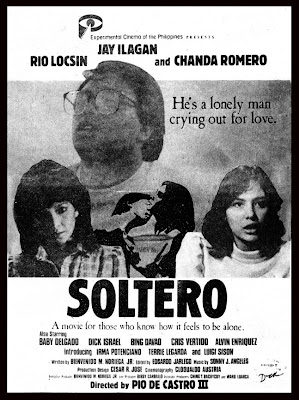 "Jay Ilagan: A Solo In Soltero" 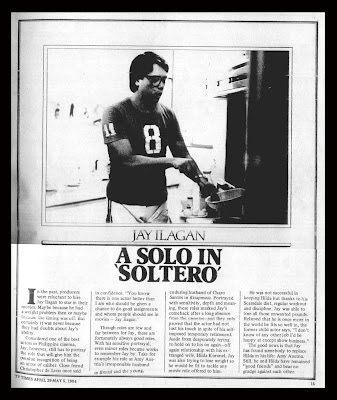 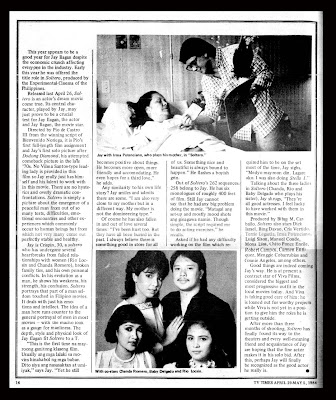 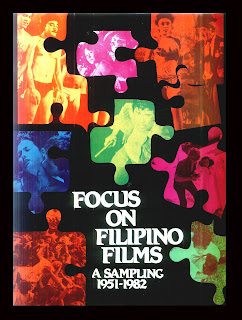 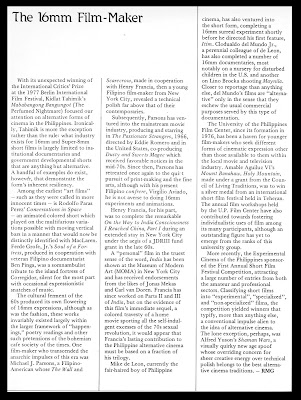 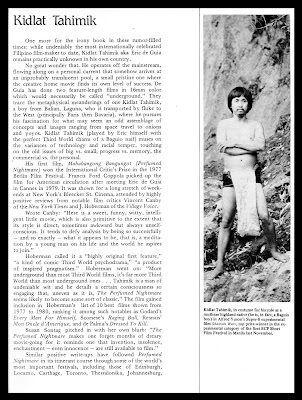 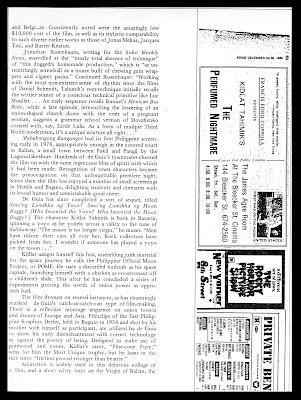 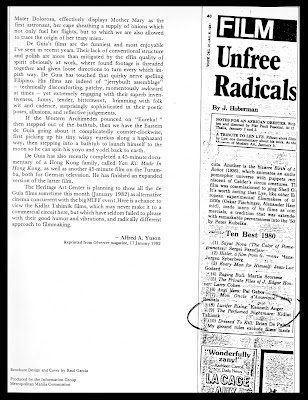 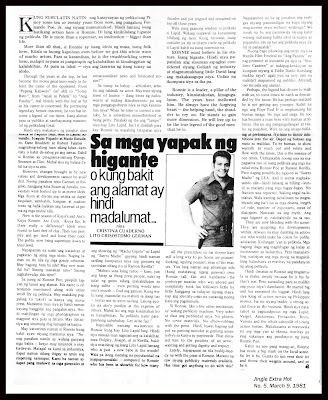 FOR RONNIE POE: CHILDREN HAVE ALWAYS A SOFT SPOT IN HIS HEART 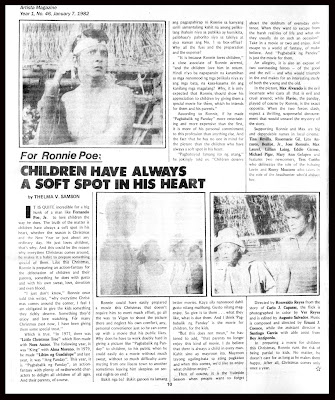