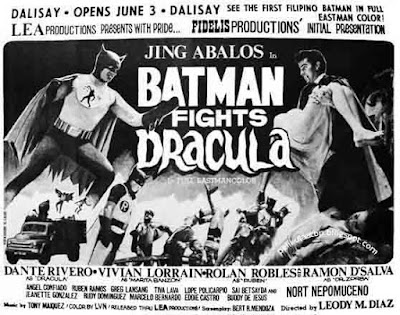 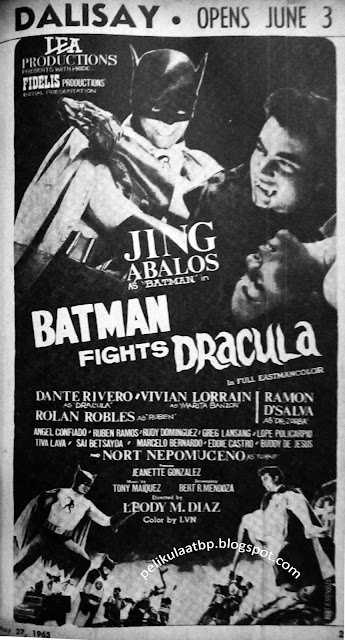 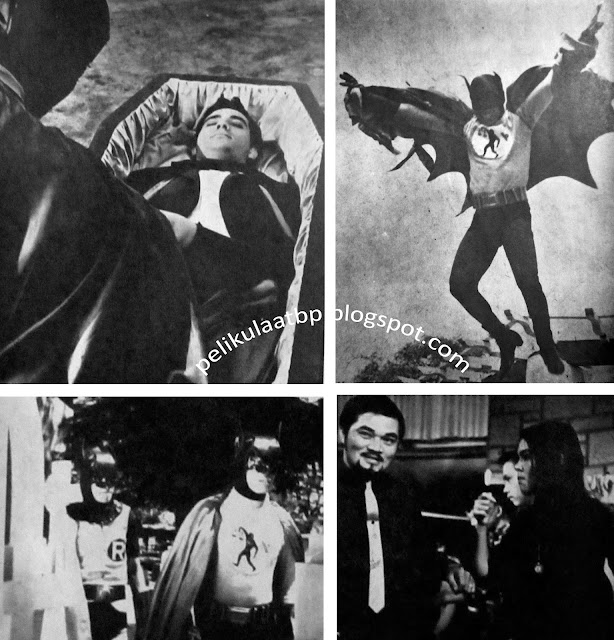 BATMAN IS PITTED AGAINST DRACULA
Published in The Manila Chronicle Entertainment Guide
May 27, 1965

The story is about a mad scientist Doctor Zorba (Ramon D'Salva) who is at his wit's end because of the interference of Batman (Jing Abalos) in his smuggle tries.

Together with his mad fanatic follower Turko (Nort Nepomuceno), they hatch a plan to bring Dracula (Dante Rivero) back to life by means of electronic knowhow which makes him different in that he can be controlled and is not afraid of the Cross.

In a hidden laboratory in a cemetery mausoleum, they perpetuate their evil deed by getting fresh blood from their victims.  Dracula comes to life.  Marina Banzon (Vivian Lorrain), the daughter of another scientist helps Batman solve the mystery of his powerful foe Dracula for which she is held captive.

Learning the secret of the ultra-ray sunglasses worn by Dr. Zorba and his men, Batman raids their secret hideout and saves his lady fair.  Too, he turns Dracula to kill the very men who created him. 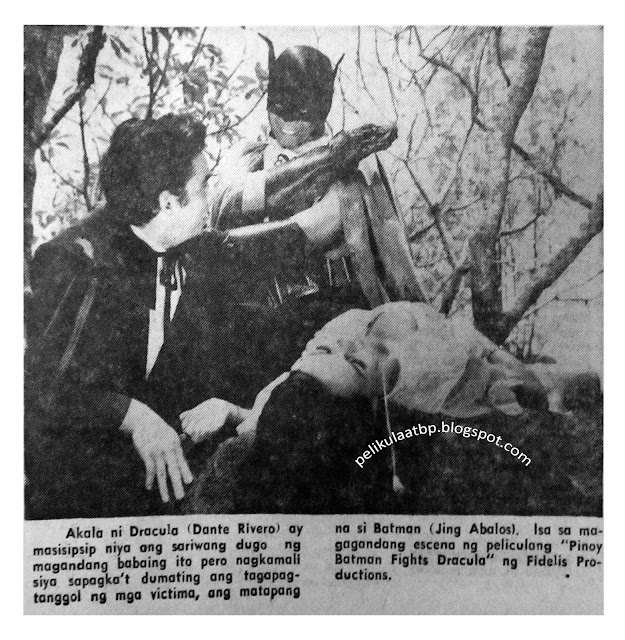 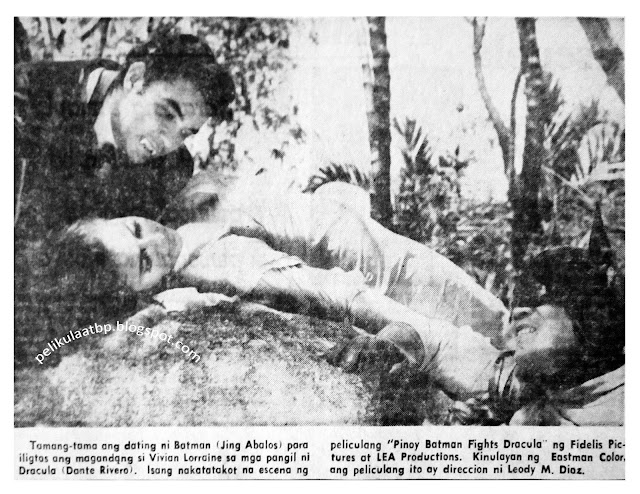 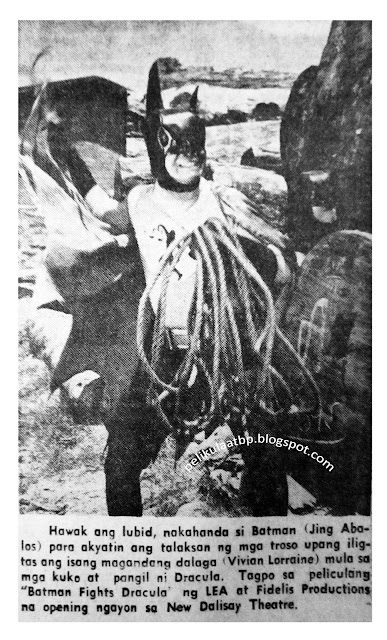 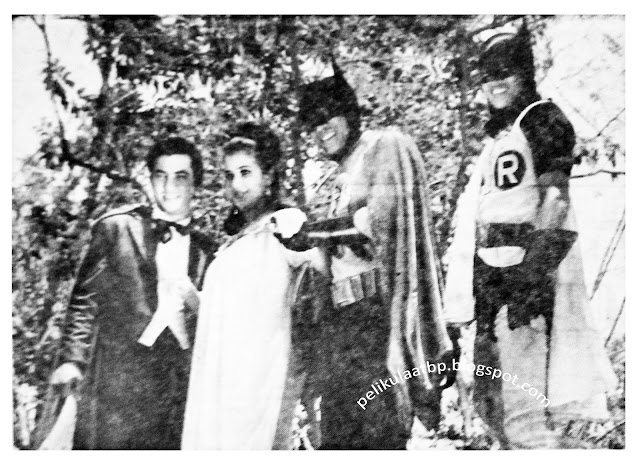 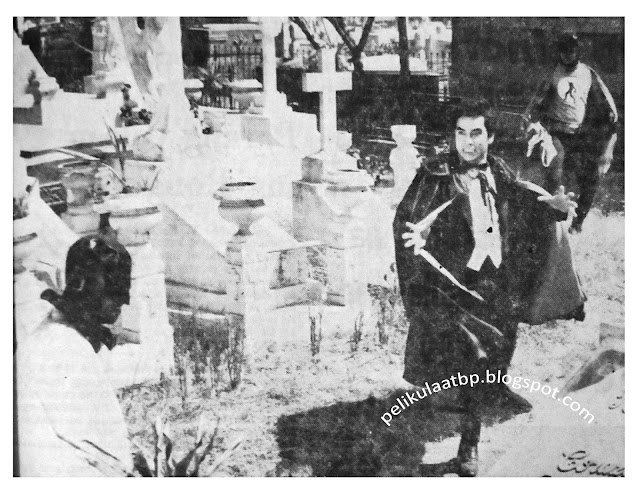 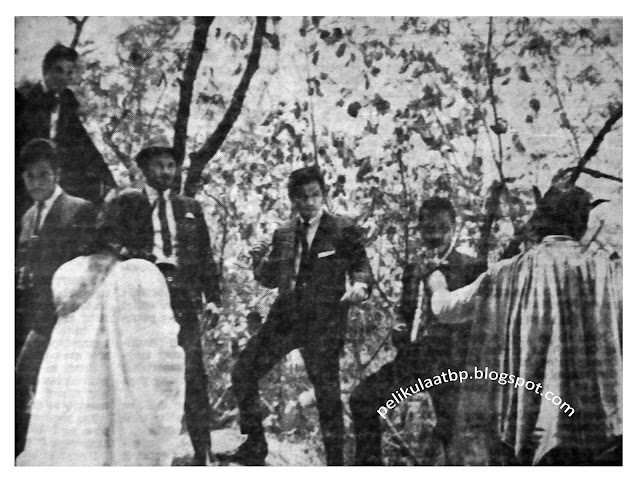 Batman is a Libra?

Where di you get this information? The photos and all?

this is lost media