Geraldine Acthley was born in 1950 to Patricia Dory Ocura of Bacolod, a ticket taker at the Mayfair Theater in Avenida, Manila, and to Bouffard Acthley, a German-American who didn't stay long after Geraldine's birth. Geraldine grew up in the rough neighborhood of Gagalangin, Tondo, accompanying her mother to work. Already the love for acting was very strong in the young girl. A fire burned down their house and at age eleven, Geraldine had to help her mother make ends meet. She actually drove a tricycle (a three-wheeled vehicle) near J. P. Rizal, and even as passengers mistook her for a tomboy, she was given tips for being the solitary female driver. She also sold fried bananas at the racetracks.
In 1964, Geraldine won a dance contest on TV, "Dance-O-Rama," hosted by Boots Anson-Roa; she won for a day, and then she won the weekly title. Sampaguita Studios' head Jose Perez asked Geraldine for a meeting, and she agreed. She was only in her second year of high school at the Immaculate Conception in Balut, Tondo. After a typical eight months of being groomed and shown in bit roles, she was soon given meatier supporting roles, usually playing the sister or best friend to Sampaguita Pictures' top female star, Liberty Ilagan and Susan Roces.
In 1964 she was paired opposite a Sampaguita Pictures heartthrob Eddie Gutierrez in "Eddie Long Legs." With a new screen name of Gina Pareno, and clothed beautifully in Pitoy Moreno gowns for film shootings and movie premières, Gina was finally launched as a member of "Stars of '66," a Sampaguita Pictures roster of new faces for that year. This roster included Loretta Marquez, Blanca Gomez, Rosemarie Sonora, Shirley Moreno, Dindo Fernando, Bert Leroy Jr., Edgar Salcedo, Ramil Rodriguez and Pepito Rodriguez. Although everybody else followed the rigid rules of being a proper star, Gina proved to be the wild card. To be launched in the 1968 film "Mama", opposite Lolita Rodriguez, Gina got pregnant and was reprimanded by Doctor Perez. After giving birth in 1969, Gina made a stunning comeback as "Darna" in "Si Darna At Ang Planetman" (1969), opposite Vic Vargas; she got several notices for her performance -- and her prominently displayed cleavage.
In 1974, after her Sampaguita contract expired, Gina became a busy free-lance actress, proving her dramatic mettle in many melodramas and soapers. In 1984 she was part of the solid cast of "Working Girls" (1984), a multi-awarded film of Ishmael Bernal. More films followed where her presence lent gravitas to the cast or picture, including "Celestina Sanchez: aka Bubbles" (1988), "Kung Tapos Na Ang Kailanman" (1990), "Mangarap Ka" (1995) and "Ipaglaban mo: The Movie Part 2" (1997). Gina had become perfect support for artists launched in solo movies [Ynez Veneracion in "Babae Sa Dalampasigan" (1997), Camille Prats and Serena Dalrymple in "Hiling" (1998), and Gladys Reyes in "Anak Ng Dilim" (1999)]. Gina also had a Michael Caine mentality, game enough to appear in sprightly OR sleazy sex comedies starring Priscilla Almeda, Rosanna Roces and Natasha Ledesma. Gina was one of the sexiest actresses of the 1970s, and it was a fitting tribute that she would play the big-bossomed mother (or grandma) of Rufa Mae Quinto in two movies parodying big-bossomed women: "Booba" (2001) and "Masikip Sa Dibdib" (2004). Gina also provided perfect comic relief, along with comic veterans like Marissa Delgado in the Sharon Cuneta starrer, "Pagdating Ng Panahon" (1998).
It wasn't a successful roller coaster ride all the way. In 1993, Gina appeared on the TV program "Lovingly Yours, Helen," haggard and toothless. Her reckless foray into drug abuse nearly destroyed her film career but some loyal friends, like the late HelenVela, rallied for her rehabilitation and a second chance for acting. (Gina started taking drugs in 1988). Gina enrolled in the DARE Drug Rehabilitation Clinic, where she spent a gruelling but eye-opening eighteen months. In 2005, Gina yet again proved her ability to reach a wide range of audiences when she played the grandmother (and previous Darna) in the TV soap, "Darna" (2005), opposite young Angel Locsin. This fantasy soap was being watched both by elders and children alike and had very high ratings. In another successful career move, Gina accepted the chance to be in an "independent film", "Kubrador" (2006). Directed by Jeffrey Jeturian on a small budget and turned down by major studios, Gina and everybody behind the film were overwhelmed with "Kubrador" (2006)'s success in a few international festivals. Gina won the Best Actress award at the Osian's Cinefan 8th Festival of Asia (in New Delhi), and the film also won for Best Director and "Best Asian Film in Competition." Gina and Jeffrey were also invited to the 39th Moscow International Film Festival. "Kubrador" (2006) had won the Critics' award for Best Film! The film had its North American/Canadian première at 'Toronto International Film Festival' from 7 to 16 September. From 28 September to 13 October, the film moved to Vancouver International Film Festival. "Kubrador" (2006) had its Bollywood première at Mumbai's 5th Asian Film Festival from 12 to 19 October. From 12 to 20 October, it was screened at the Pusan International Film Festival in Korea. It had also joined the film festivals in Hawaii, Sao Paolo and Thessaloniki, Greece. After 40 years of show business, Gina Pareno has felt very much fulfilled and renewed.
IMDb Mini Biography By: Flamencoguy26
Trade Mark

Big-breasted characters are her forte, as seen in the light sex-comedy Booba (2001) and Masikip sa dibdib (2004) .

Her firstborn, a son, was born in 1969, one year after she was given her launching movie, Mama! (1966). Gina also had two more children, a son and a daughter, Jannica, who recently tried to foray into the movies. (The eldest son passed away).

"Yes. But I'm no longer a tricycle driver now, I'm an actress." -- replying to a fan who recognized her and asked if she was Gerry, the tricycle driver. She was then signing autographs at the lobby of the Life theater for her first movie première.

"Thank goodness I now know how it feels to be on the blue carpet!" -- relating her overwhelming experience at the 39th Moscow International Film Festival, July 2, 2006. Ms Pareño felt like a bankable name star, although in the Philippines she was relegated to motherly and grandmotherly roles. The Russian paparazzi and movie people kept applauding her.

"We didn't have a TV then. I really just wanted to act. It was in my blood. When I was home and Mommy was at work, I was free to act as much as I wanted on the street corners." -- recalling her childhood ambition of wanting to be an actress, when her mother was a ticket taker at the Mayfair Theater, Avenida, Manila.

"I'm more sensitive now, especially with emotions-- I have so much to draw from. I have had so many experiences. The things that happen to you, they hurt while they're happening to you, but you can use them later on."

During the 32nd Metro Manila Film Festival Awards Night, she was awarded the Best Supporting Actress as an outspoken and brash mother in the movie Kasal, Kasali, Kasalo.Gina and Jaclyn Jose were cited in the 2008 Cannes Film Festival, the 61st Annual from May 14 through 25, 2008. They are likely contenders for the Best Actress Award per Dante Mendoza's "Serbis" which had its world premiere on May 18.[1][2] Brillante Mendoza's "Serbis" won the Best Director and Best Actress award for Gina Pareño in the Pacific Meridian International Film Festival of Asian-Pacific Countries held in Vladivostok, Russia from September 13-19. Mendoza received $15,000, while Pareno got $10,000 cash prize.

Some of Gina Pareno's movies: 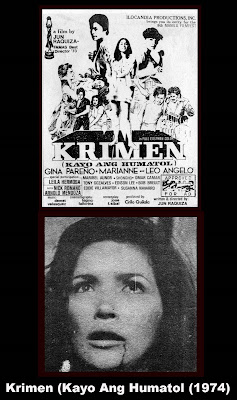 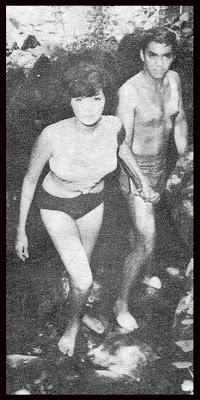 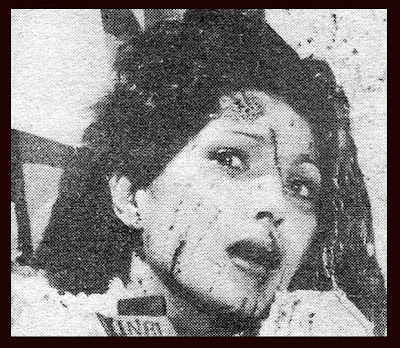 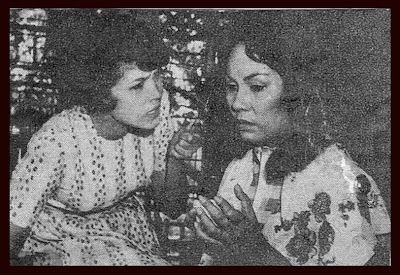 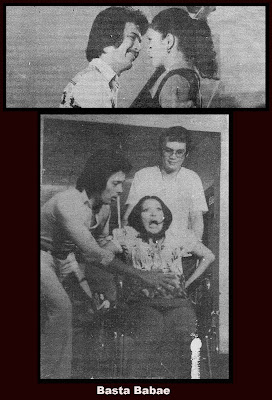 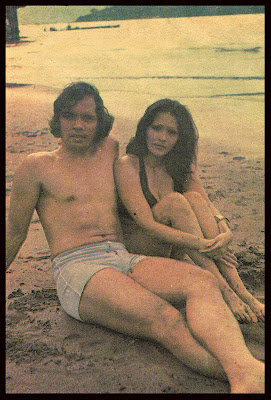 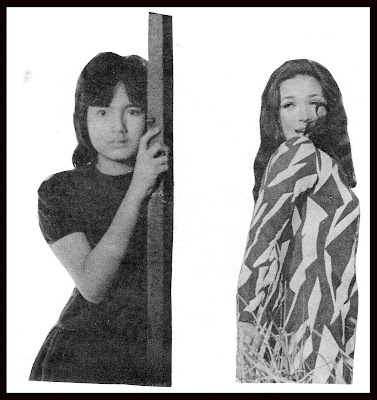 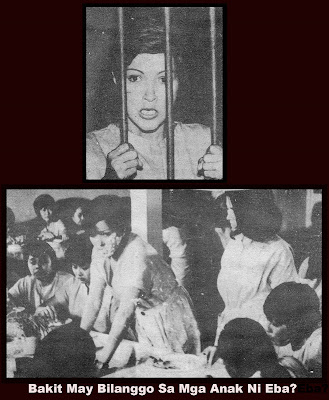 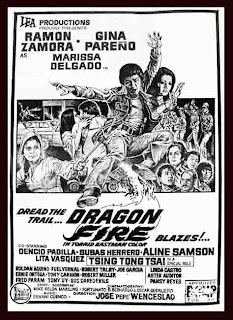 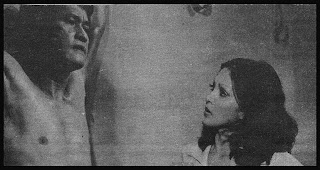 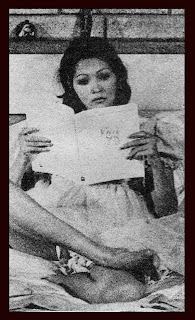 She is a popular actress and performer daughter of American serviceman/soldier John B.Atchley and Dory Ocura ticket booth saleslady born in Manila in 1949 a contract star from Sampaguita Pictures during the late 1950's and the 1960's era in several films television and media now 65 years old and remains
a popular icons of all time in Philippine entertainment and media.Thanks! From:Wayne

Alex Gonzaga she will play as Gina Pareno in films and television as soon as possible by ABS-CBN network.Thanks! From:Wayne